Mrs Florence Violet McKenzie OBE at an unveiling ceremony in her honour. The plaque is ... 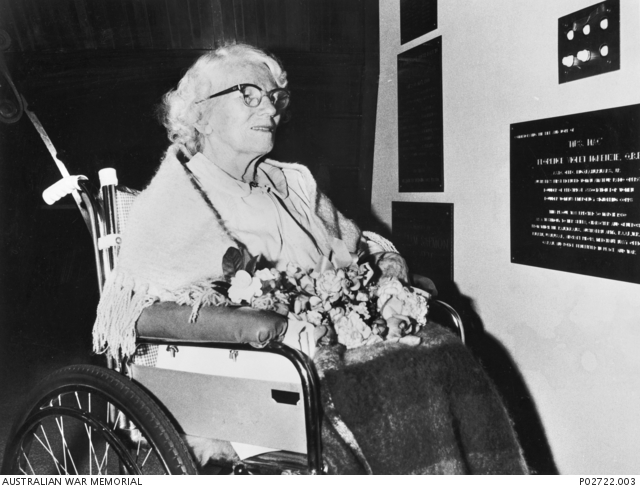 Mrs Florence Violet McKenzie OBE at an unveiling ceremony in her honour. The plaque is recognizing her service to Australia. Mrs McKenzie was the first woman in Australia to graduate in electrical engineering. In July 1938 she joined the Australian Women's Flying Club in Sydney, becoming an instructor in Morse code. She formed the Women's Emergency Signallers Corps (WESC), foreseeing that Australian defence would need wireless telegraphists and signallers. Mrs McKenzie became impatient waiting for the RAAF to recruit women and offered her trainees to the RAN, fourteen of whom were accepted, forming the nucleus for the Women's Royal Australian Naval Service (WRANS). In May 1941, the RAAF appointed Mrs McKenzie as an honorary Flight Officer in the Women's Auxiliary Australian Air Force (WAAAF) in appreciation of her services. Mrs Mckenzie was also responsible for training many men, including United States forces. In 1950, she was awarded an Order of the British Empire.