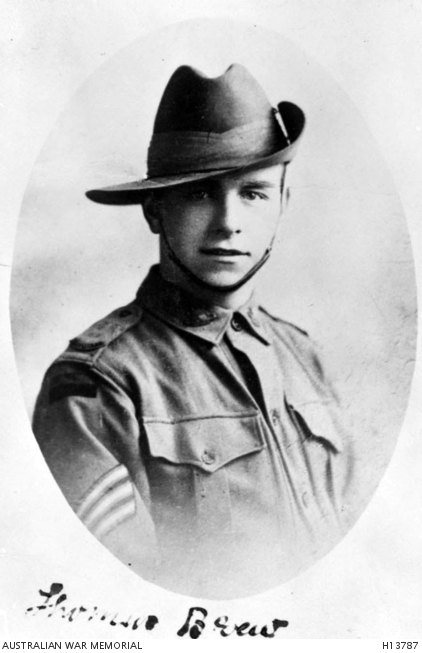 Studio portrait of 714 Sergeant (Sgt) Thomas Brew, 2nd Battalion, of Paddington, NSW. A native of Southport, England, Sgt Brew was employed as a fellmonger prior to enlistment. Enlisting as a Private (Pte), he embarked from Sydney on HMAT Suffolk on 18th October 1914. After promotion to Sergeant, he was awarded the Distinguished Conduct Medal "for conspicuous gallantry and devotion to duty". Later promoted to 2nd Lieutenant he was killed in action on 4th October 1917 and was buried in the Oxford Road Cemetery, Belgium.