Ten members of the 20th Battalion, about to take a shower at their camp. Identified from left to ... 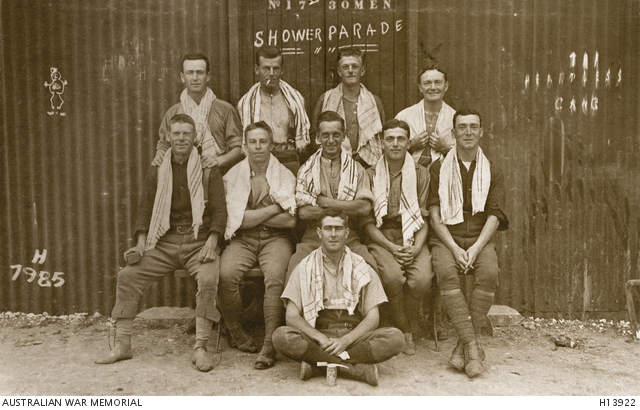