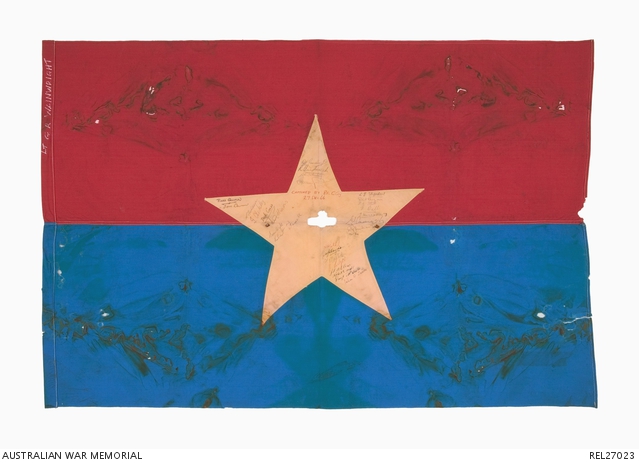 This flag was captured on 27 December 1966 by members of 8 Platoon, C Company, 5 Battalion The Royal Australian Regiment. During the Christmas and New Year truce period the Australian Task Force continued to conduct security patrols outside the Nui Dat base area. 8 Platoon, commanded by Lieutenant Roger Wainwright, was conducting one of these patrols along the base of the Nui Dinh hills when they encountered a small Viet Cong bunker complex which had been recently vacated. In searching the position the platoon collected this flag and a number of Viet Cong doctrine and training pamphlets. On return to Nui Dat participating members of 8 Platoon signed the flag as a memento of their service in Vietnam.