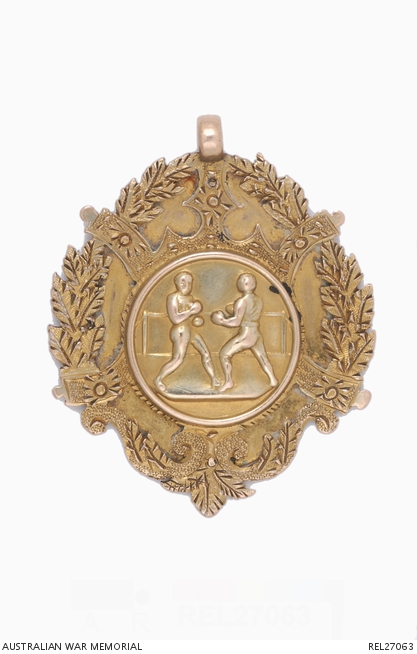 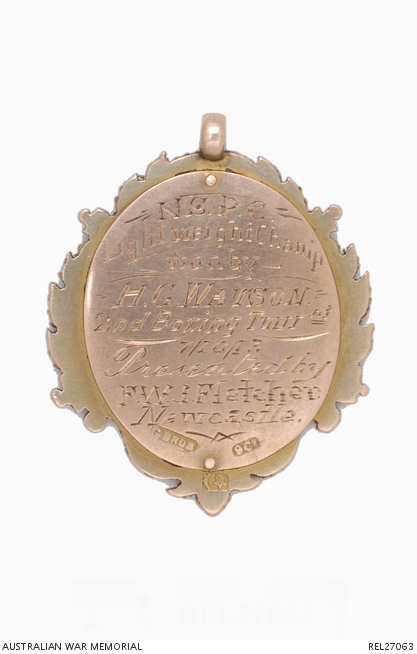 Associated with Captain Herbert Gilles Watson, No. 4 Squadron, Australian Flying Corps. Distinguished Flying Cross gazetted on 3 August 1918. Citation reads 'Whilst on offensive patrol he encountered several Pfalz scouts, one of which he shot down. He has also in three weeks shot down four enemy machines and destroyed a balloon, attacking the latter at 6,000 feet, following it down to 1,000 feet, when it burst into flames'. 523 Sapper Watson enlisted in 2 New South Wales Signal Troop, 2 Light Horse Brigade on 28 October 1914. Departed Australia for overseas service in late December and underwent training in Egypt. He went ashore at Gallipoli at 7 am on 25 April 1915 and was wounded in the leg in August. Evacuated to England, he later transferred to the Australian Flying Corps, being posted to No. 4 Squadron, AFC on 5 February 1918. Watson claimed his first victory in April 1918 and had eight victories by the end of June. He was awarded a DFC in August and by early October when he became a flight commander, had brought his score to fourteen, three of these being balloons. Watson returned to Australia on 21 November 1918.