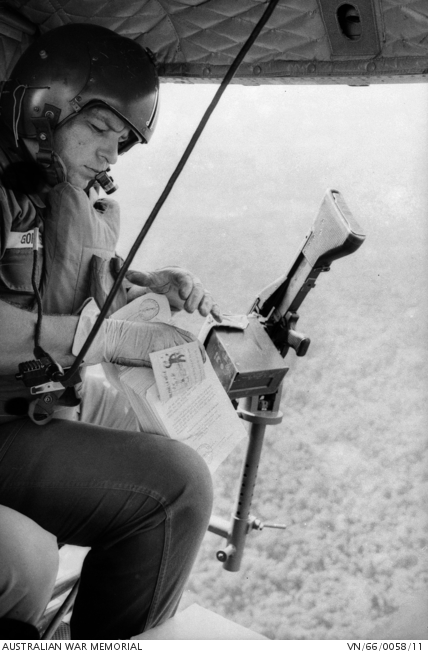 Vietnam Election Day Leaflets being distributed by US Army door-gunner Private Walter Gorzynski from a No 9 Squadron, RAAF, helicopter. A wave of dysentery among the ranks of RAAF door gunners caused No 9 Iroquois Squadron, based at Vung Tau, to accept the services of US Army helicopter door gunners who had volunteered for any missions in the Iroquois. Members of the 765th Security Platoon checked in daily to see if their services could be used within the Squadron.