Korea. 1951. Portrait of the Pilots and Observers of the 20th Carrier Air Group which comprised ... 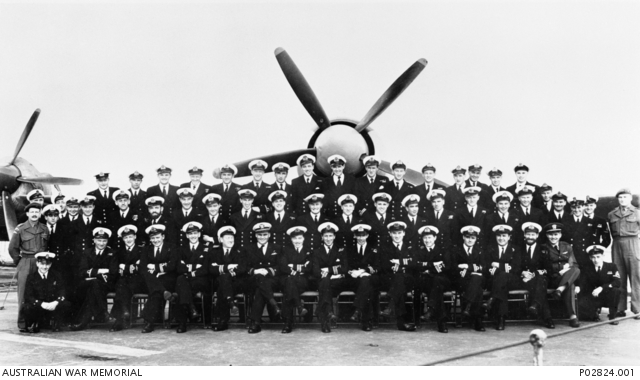