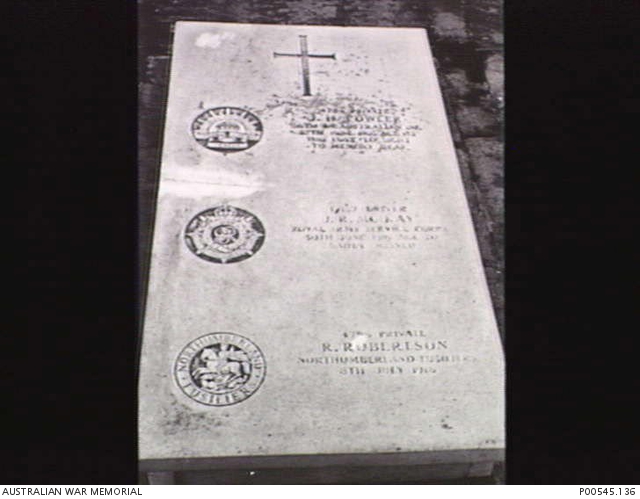 The graves of 4784 Private (Pte) Joseph Harold Fowler, 56th Battalion and two unidentified British servicemen. Pte Fowler, a native of Staffordshire, England, was a miner from Woonona, NSW prior to enlistment and embarked with the 15th Reinforcements, 4th Battalion from Sydney on HMAT Star of England on 8 March 1916. After transferring to the 56th Battalion, he died of haematosis in the Military Hospital, Cottonora, Malta on 27 June 1916, aged 32, and was buried in the Pieta Military Cemetery, Malta.