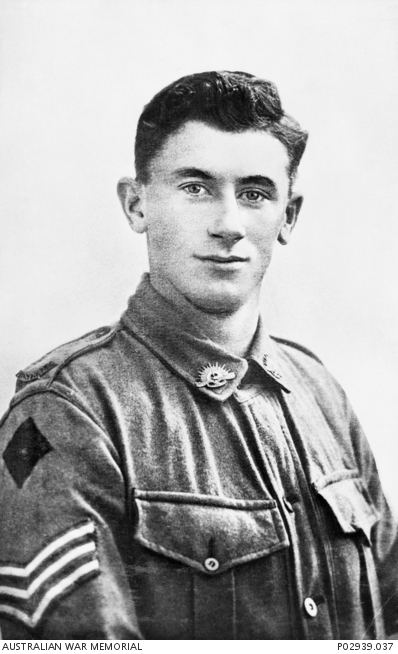 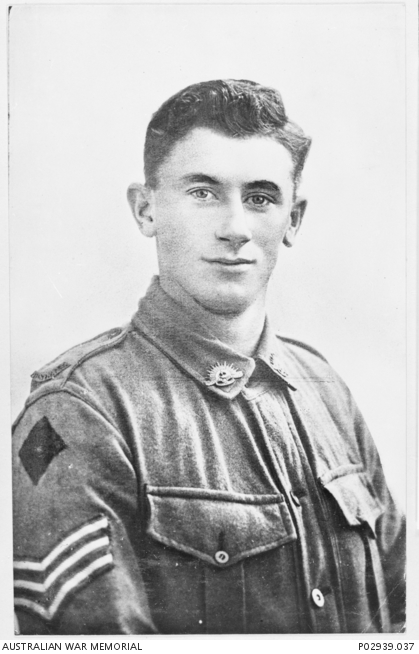 Portrait of Sergeant (Sgt) Albert David (Alby) Lowerson VC, 21st Battalion. Sgt Lowerson was awarded the Victoria Cross for "most conspicuous bravery and tactical skill" on 1 September 1918 at Mont St. Quentin, France. Sgt Lowerson directed his men, leading them to the objective, capturing twelve machine guns and thirty prisoners. He was severely wounded in the thigh but refused to leave the front line until the prisoners had been dispersed and the post consolidated. Two days later he was evacuated for medical attention, rejoining the battalion on 17 September. On 5 October 1918, he was wounded for the fourth time and returned to Australia medically unfit. He died on 15 December 1945.