A Caudron G III aircraft leaving Basra for the attack on Nasiriyah. The aircraft in the ... 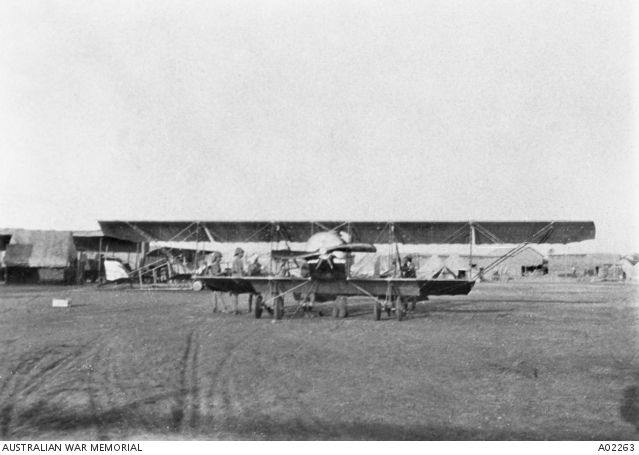 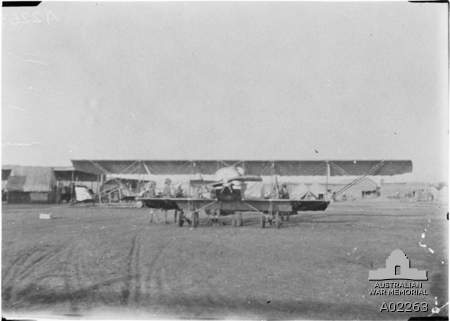 A Caudron G III aircraft leaving Basra for the attack on Nasiriyah. The aircraft in the foreground is piloted by Lieutenant G P Merz , the other by Major H L Reilly of the Indian Army. Through the great heat, engine failures with the rotary Gnome engines, on these frail aircraft, were frequent. On the outward journey Reilly's plane was forced to land in the flood waters and on the return journey, after useful work during the fighting, both aircraft had forced landings. Reilly and his mechanic, fortunately, fell amongst friendly Arabs, but Merz Lieutenant W W A Burn of the New Zealand Staff Corps were attacked on landing by well armed hostile Arabs. Armed only with revolvers (aircraft in 1915 did not carry any machine guns) they made a very gallant fight in which they killed one and wounded five of their adversaries but were eventually both killed. See also A02264.