Group portrait of Australian prisoners at Afion Kara Hissar. In the back row from left to right; ... 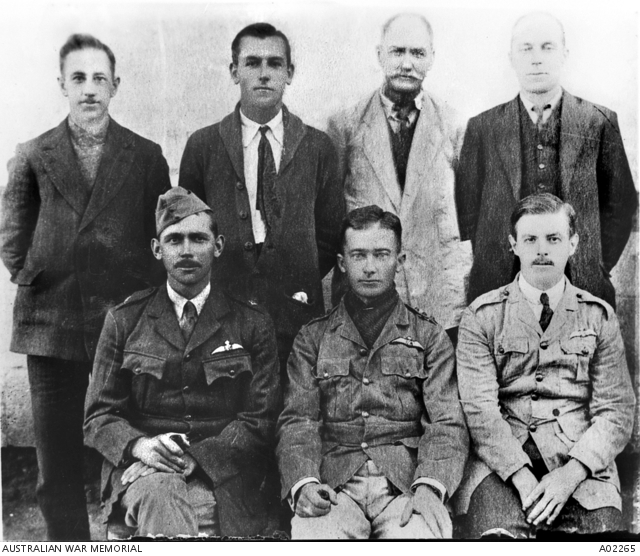