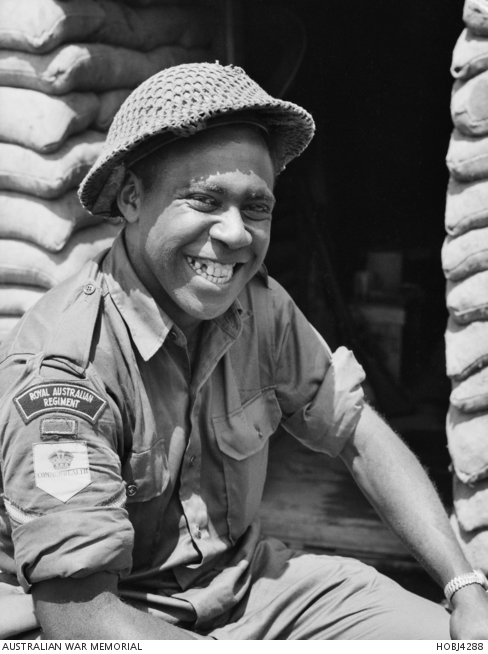 Informal portrait of a smiling 11689 Lance Corporal (L/Cpl) Clive Kevin 'Joe' Vea-Vea outside a sandbag covered dugout. L/Cpl Vea-Vea, a member of the 3rd Battalion The Royal Australian Regiment (3RAR), is helping man the front line trenches. L/Cpl Vea-Vea who became a member of the Regimental Police (RP), is of Aboriginal and South Seas Islander descent. Below his RAR shoulder patch is what is the blue rectangle of the US Distinguished Unit Citation (later Presidential Unit Citation) awarded to 3RAR after the battle of Kapyong.