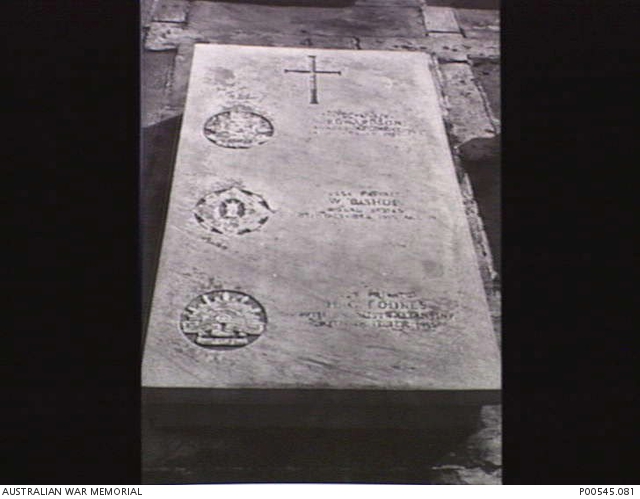 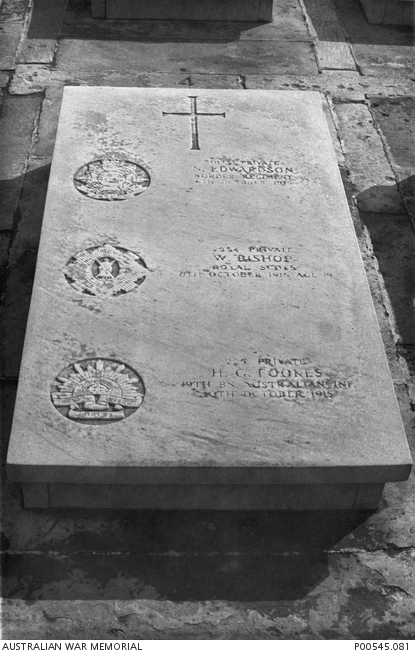 The graves of 225 Private (Pte) Henry George Fookes, 19th Battalion and two unidentified British servicemen. A native of Dorset, England, Pte Fookes was a station hand from Wentworth Falls, NSW prior to enlistment. He embarked with A Company from Melbourne on HMAT Ceramic on 25 June 1915. On 10 October 1915 after being evacuated from Gallipoli, he died on board HS Assaye from dysentery and is buried in the Pieta Military Cemetery, Malta.