At sea. September 1945. Group portrait of recently released Prisoners of War (POWs) outside the ... 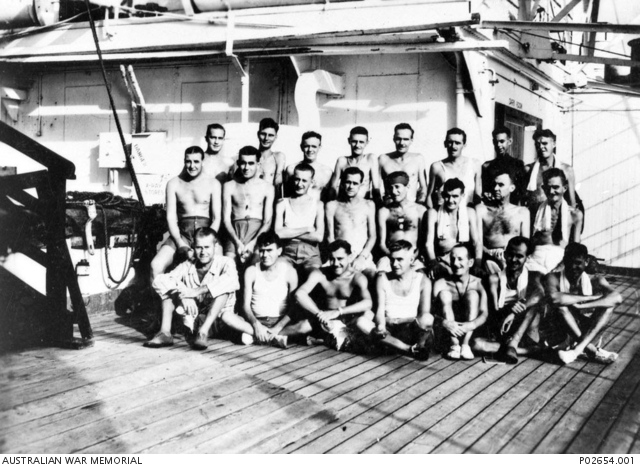