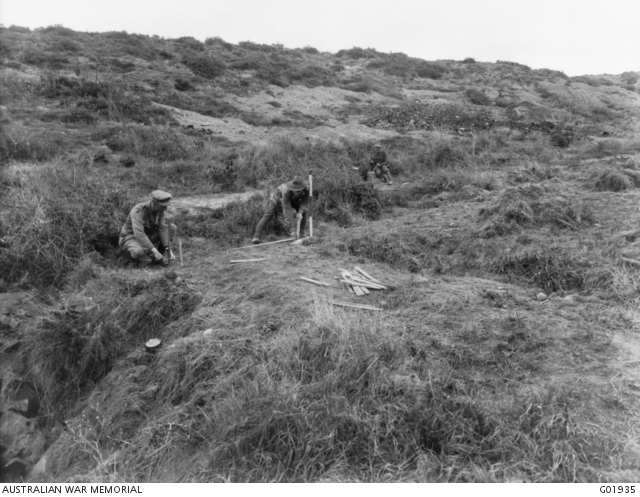 The graveyard in Brown's Dip. Lieutenant Hughes, left, and Sergeant Woolley marking out graves. The 'A' displayed on Lt Hughes' colour patch indicates that he was a veteran of the Gallipoli campaign. The unidentified soldier in the background is sharpening wooden pegs later to be used as grave markers. One of a series of photographs taken on the Gallipoli Peninsula under the direction of Captain C E W Bean of the Australian Historical Mission, during the months of February and March, 1919.