Group portrait of members of No. 5 Platoon at the 3rd Officers Training School at Duntroon ... 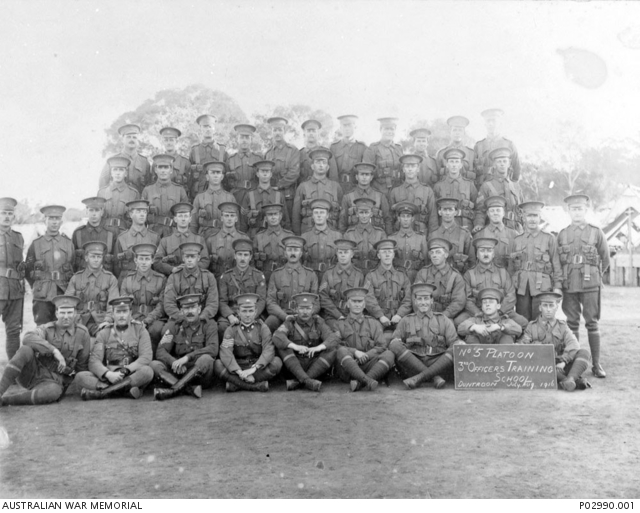