Group portrait of officers of the 15th Battalion prior to embarkation overseas. Captain (later ... 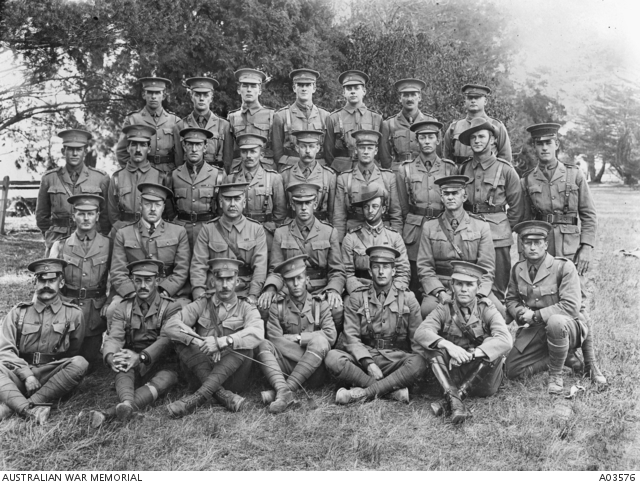