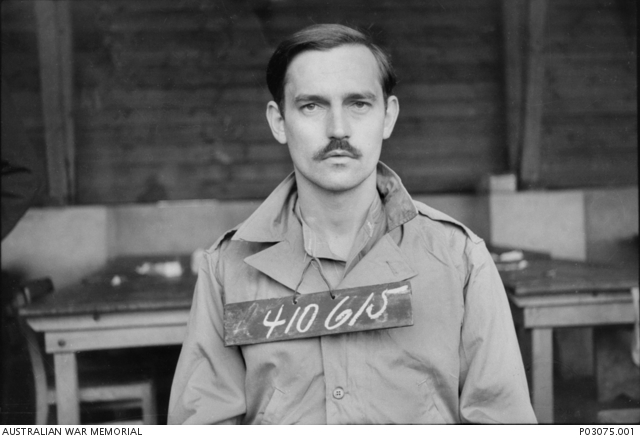 Prisoner of war (POW) identification photograph of 410615 Flight Sergeant (Flt Sgt) John Ansell, Wireless Operator RAAF. Flt Sgt Ansell was a member of a Lancaster crew from 460 Squadron, RAAF that flew 16 successful bombing raids over Germany in 1943 and 1944. In February 1944, he was shot down over France and rescued by members of the French Resistance. He was hidden in a number of farmhouses in France with several other servicemen, while the French Underground planned his escape into Spain. The party was betrayed by one of their guides and captured by the Germans one mile from the Spanish border. Flt Sgt Ansell was treated as a spy and subjected to severe interrogation by the Gestapo at the Fresnes Prison in Paris, before spending 18 months in Stalag III and Stalag VII. The POWs were given a number of musical instruments by the Swiss Red Cross; being a keen jazz musician, Flt Sgt Ansell formed two bands, playing for his fellow prisoners and the German guards. (Donor S. Ansell)