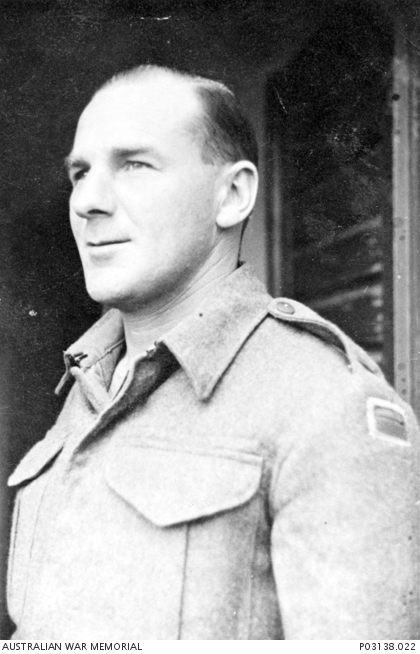 Informal portrait of VX1113 Corporal (Cpl) Henry James Bailey Spencer (enlisted as Henry Bailey Spencer), 2/7th Battalion, of Alphington, Vic, wearing his Australian Army uniform including colour patches on his right arm. Cpl Spencer enlisted on 24 November 1939 and was captured at Sphakia, Crete, on 1 June 1941 and became a prisoner of war in Stalag VIIA at Moosberg, Germany for the duration of the war. His unit had been fighting a rear guard action on hills around Sphakia when he was captured. He returned to Australia and was discharged on 17 August 1945. Cpl Henry Bailey Spencer was one of five brothers who served in the Second World War.