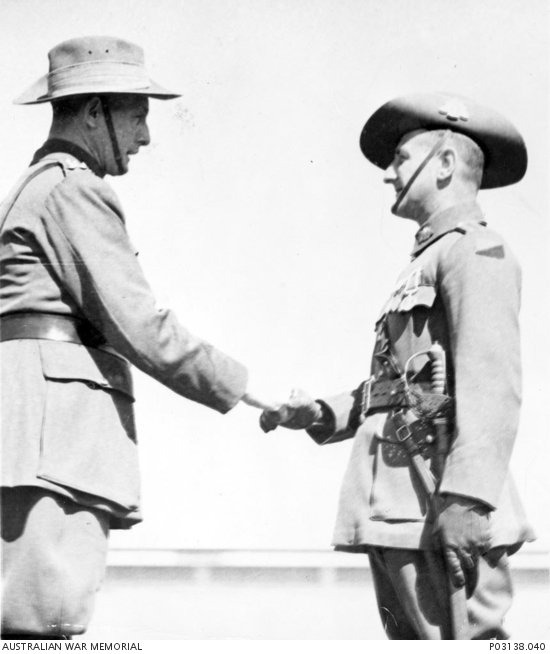 QX6417 Captain (Capt) Hugh Bailey Spencer, of Alphington, Vic, shaking hands with an unidentified army official after the presentation to him of his efficiency award. Capt Spencer enlisted as a private (Pte) 6081 under the name of Bailey Hugh Spencer, in the First World War on 13 March 1916, with the 7th Battalion. He embarked from Melbourne aboard HMAT Themistocles on 28 July 1916. His twin brother had previously enlisted as 5218 Charles Spencer (real name Richard Bailey Spencer) on 2 October 1915 with 14th Battalion. Pte Charles Spencer was killed in action in Belgium on 31 January 1918 aged 19 years. Capt Spencer returned to Australia on 10 January 1918 with the 59th Battalion. He completed 33 years service by serving in the Second World War and its aftermath, retiring as a major with 2/10 Field Regiment. Three other brother also served during the Second World War.