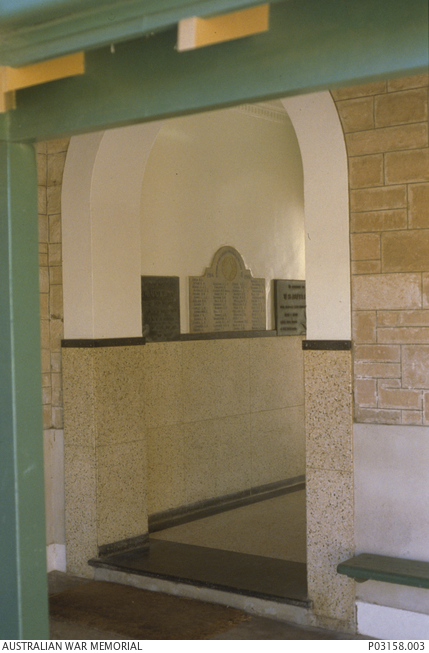 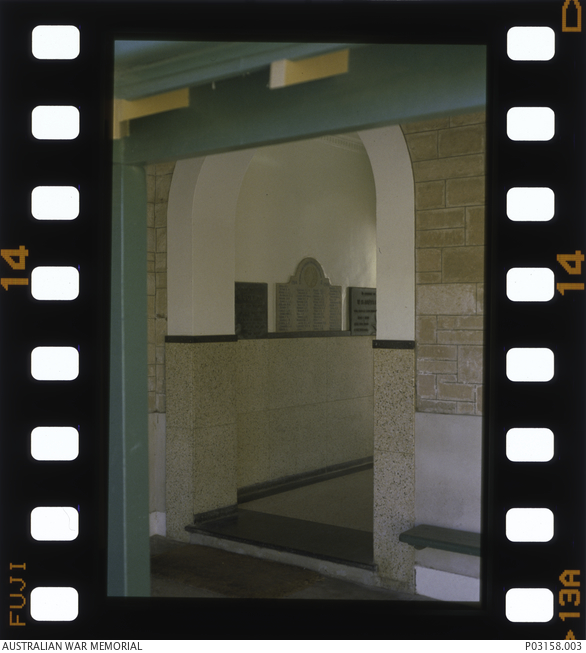 An arched entrance to Memorial High School, Kadina, SA. It is also known as Kadina Memorial High School and was constructed as a living memorial commemorating their local servicemen and women of the time, opening on 30 January 1924. Visible on an inner wall are three commemorative tablets. The two unidentified bronze plaques frame a central domed stone tablet which honours citizens from the district who enlisted for service in the Second World War. The individual names are grouped by their respective arm of service. The names also include those local women who joined women's services and auxiliaries. One panel also honours townsfolk who served in Korea, Malaya and Vietnam. A cross against one name denotes a former student killed in the Vietnam War. He was 44042 Sapper (Spr) A G Pattison, 1 Field Squadron (1 Fd Sqn) of the Royal Australian Engineers (RAE) who was born in Kadina on 3 August 1948. Spr Pattison was killed in action on 18 February 1968.