Group portrait of the AIF boxing and wrestling team which competed in the Inter-Allied games, ... 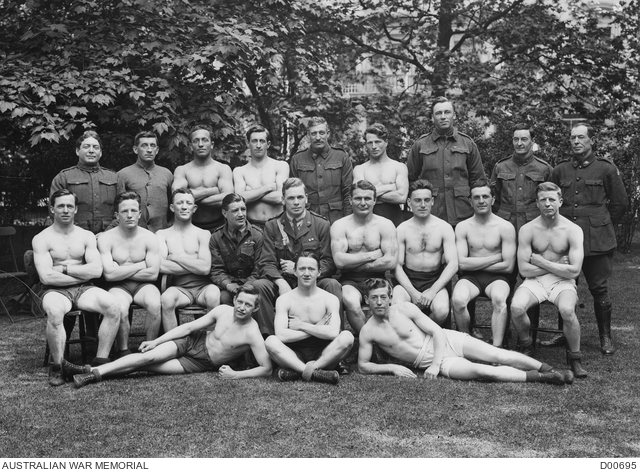