Group portrait of officers of the 44th Battalion. From left to right, back row: Lieutenant (Lt) ... 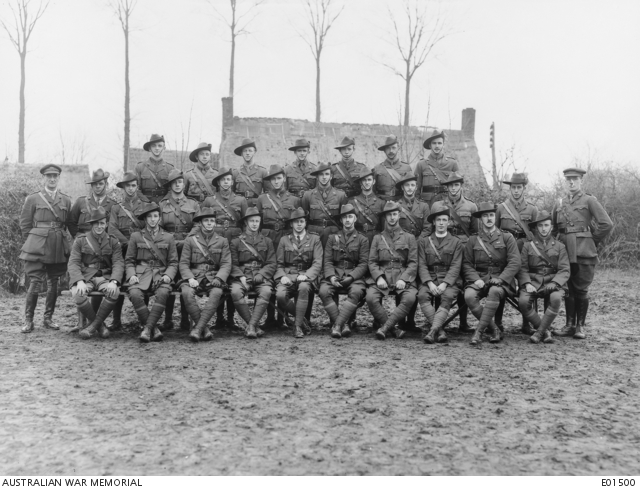