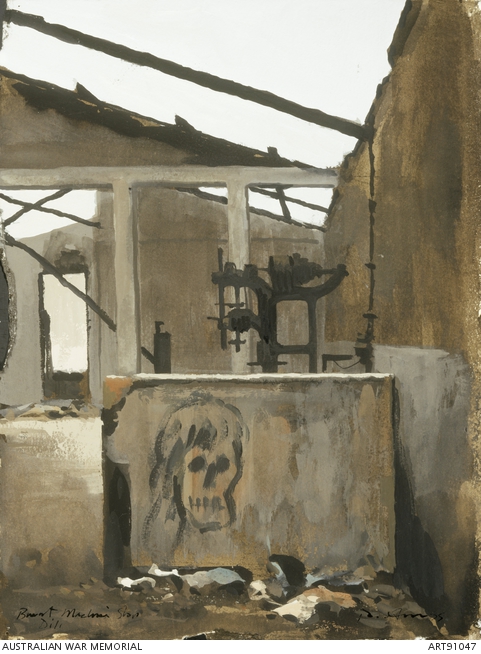 Burn-out machine shop in Dili, East Timor.
Rick Amor was selected as an Official War Artist to record all aspects of the Australia's involvement in the INTERFET peacekeeping operations in East Timor (Timor-Leste). Arriving in Dili on 11 November 1999 - Remembrance Day, Amor was confronted by the destruction of war. He stated, "I was shocked by the destruction, its just everywhere. I couldn't believe how thorough [the militias and Indonesian forces] had been. It was profoundly depressing."