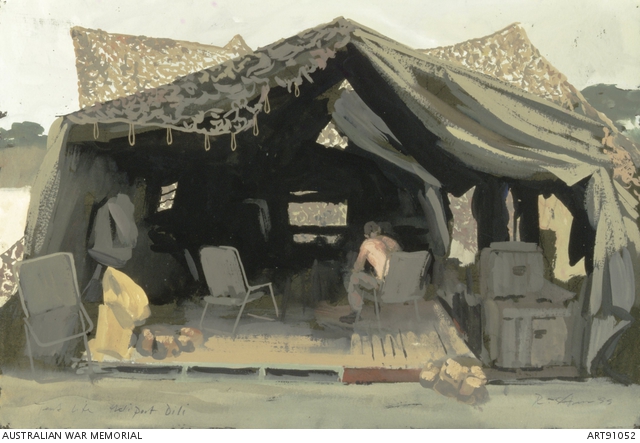 Figure of an Australian soldier, seen from behind, sitting in an army tent at Heliport, the helicopter airfield, Dili, East Timor. 'The heliport is on the site of Dili's old airport, used by the Japanese in the Second World War. A new airport has since been built at Komoro, near the coast, but the old airfield was used by Interfet's helicopters. The old main runway is now the site of a transit camp for soldiers arriving in or leaving Timor.' Peter Londey, Military Historian, AWM, May 2000. This work reveals much about the mundane, everyday aspects of peacekeeping witnessed by Amor. Rick Amor was appointed official artist, East Timor, in 1999 and spent time with the Australian led International Force there (INTERFET) .