Group portrait of officers of the 3rd Australian Tunnelling Company, outside a Nissen hut in ... 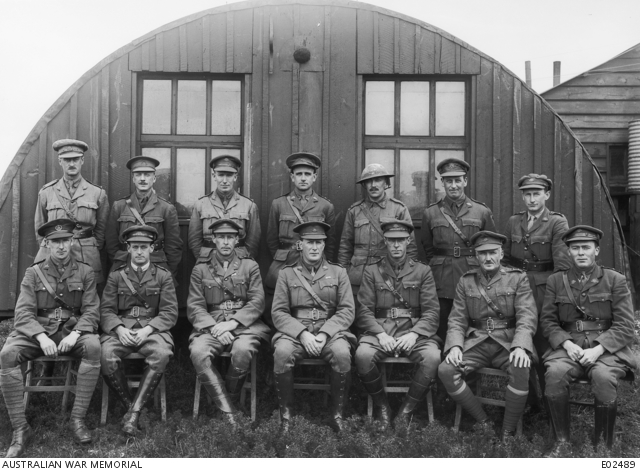