Outdoor group portrait of officers of the 10th Brigade of the Australian Field Artillery at ... 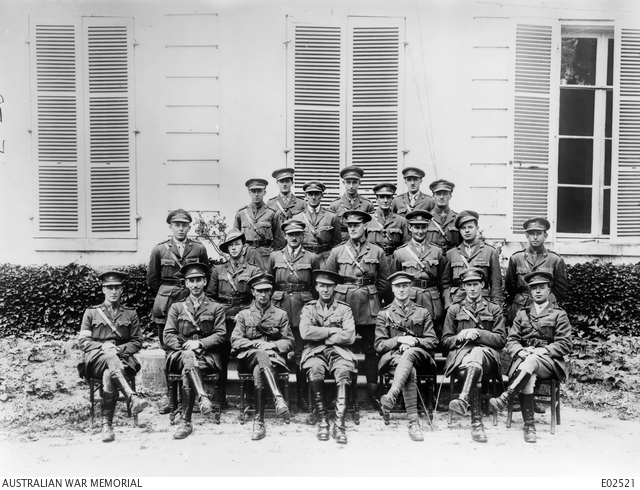