Group portrait of the Commanding Officer and officers of the 9th Battalion. No identification ... 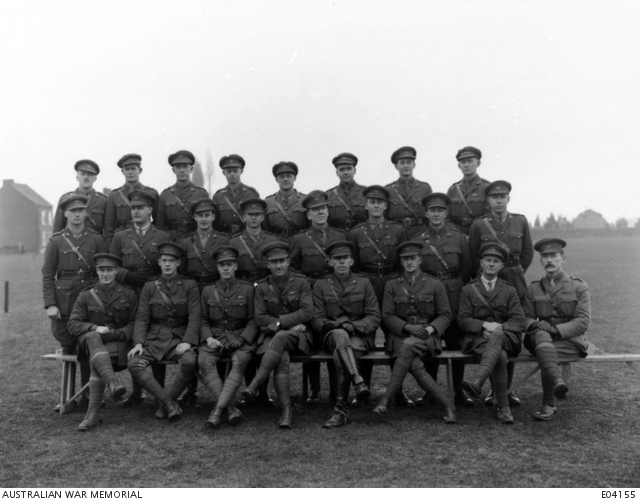