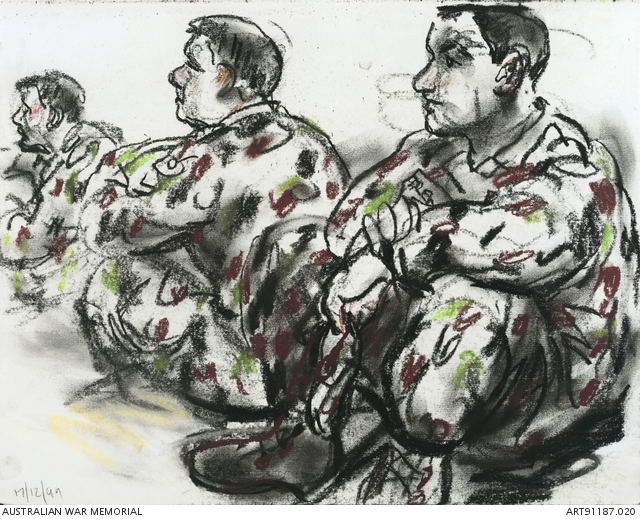 Depicts three seated Australian soldiers, Robertson Barracks, Darwin. The soldiers were being debriefed and trained before moving on to East Timor as part of the Interfet Peacekeeping Force, December 1999. Page from large sketchbook no. 2. Wendy Sharpe was appointed official artist in December 1999, travelling to Darwin, where she attended briefing sessions with Australian INTERFET personnel. In East Timor she was attached to the Army History Unit in Dili, where she recorded the work of the Australian peacekeepers and East Timorese people.