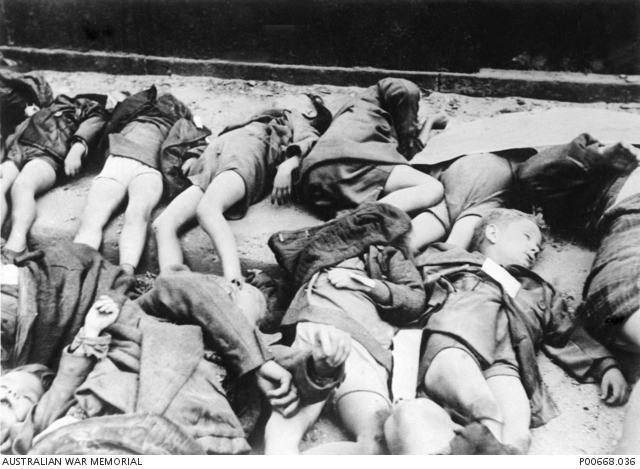 German propaganda photograph captured by the RAF.
RAF Caption: "Victims of the British terror attack on Cologne. Children which were killed by the British air attack on the residential areas of Cologne".

The photograph shows the corpses of mostly children and some adults. The bodies are layed out in several rows, on the footpath and in the gutter.