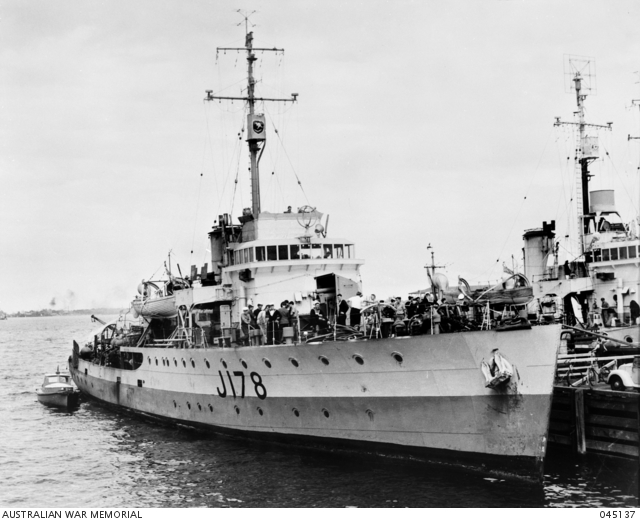 Bathurst class minesweeper/corvette HMAS Geraldton. The Geraldton was completed on 13 April 1942 and on 26 July 1942 departed for the East Indies Station where she was employed on patrol and escort duties in the Indian, Ceylon, Persian Gulf area. In May 1943 she was despatched to the Mediterranean and attached to the 22nd Minesweeping Flotilla. The Geraldton rejoined the Eastern Fleet at Aden in October 1943 and in November 1944 moved to the British Pacific Fleet. After the war HMAS Geraldton returned to Australia, paid off and in 1946 was sold to Turkey and renamed Antalya. In 1963 her name was changed again to Ayvalik.