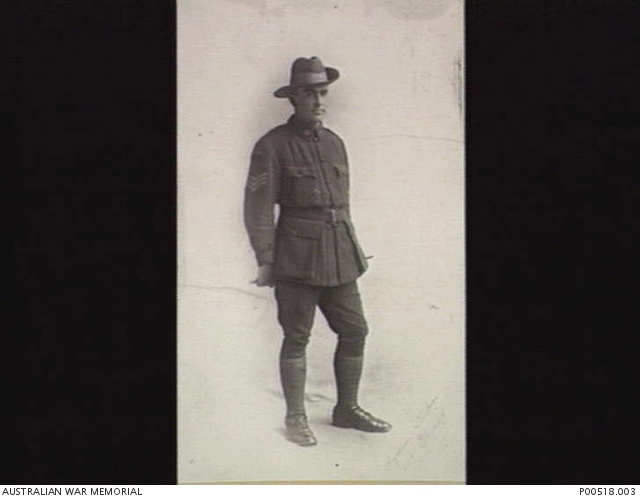 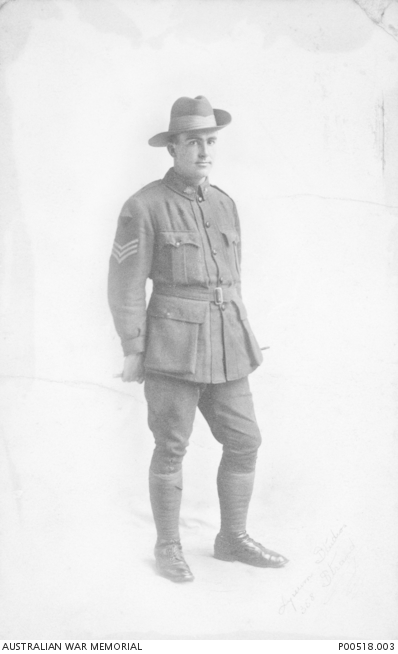 Studio portrait of 1689 Sergeant (Sgt) Walter Farquharson, 19th Battalion. A Post Office official from Kiama, NSW prior to enlistment, Sgt Farquharson embarked with the rank of Corporal (Cpl) with the 2nd Reinforcements from Sydney on HMAT Kanowna on 19 June 1915. Later promoted to Sergeant, he was initially reported as missing in action but a later Court of Enquiry determined that he had been killed in action on 3 May 1917. He is commemorated on the Villers-Bretonneux Memorial. His brother 5016 Private (Pte) Frank Farquharson later died of wounds received in action.