Studio portrait of the Sheean brothers of Lower Barrington, Tasmania, both Australian sailors ... 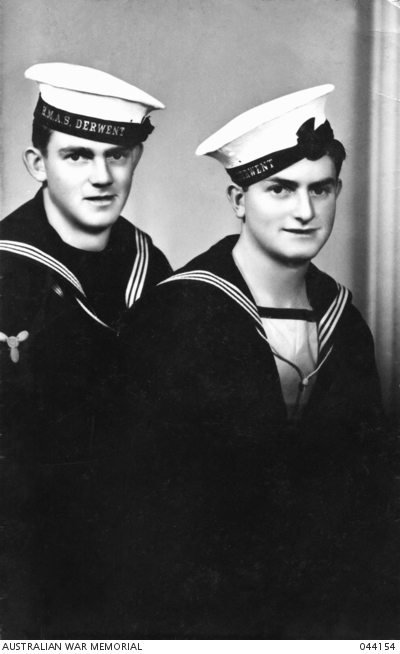 Studio portrait of the Sheean brothers of Lower Barrington, Tasmania, both Australian sailors serving at the Tasmanian naval base HMAS Derwent (later renamed HMAS Huon). On the left is H1646 Stoker Class II Thomas (Mick) Sheean and on the right is H1617 Ordinary Seaman (OS) Edward (Teddy) Sheean, RAN. Teddy Sheean was killed on 1 December 1942 during an attack by Japanese aircraft which sank HMAS Armidale. After the order to 'abandon ship' OS Teddy Sheean, although twice wounded, stayed at his post at the aft Oerlikon gun bringing down an enemy bomber. He was still firing when the ship sank. For his part in this action he was posthumously awarded a Mention In Despatches. In 2020 this award was upgraded to the Victoria Cross for Australia.