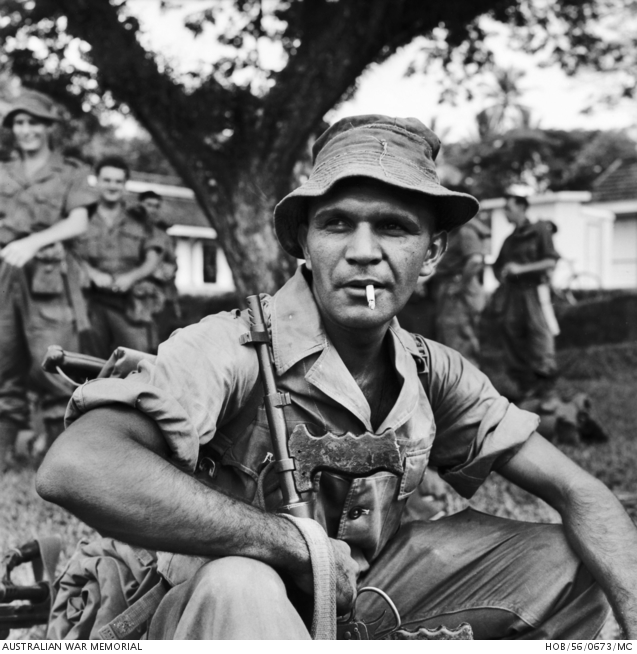 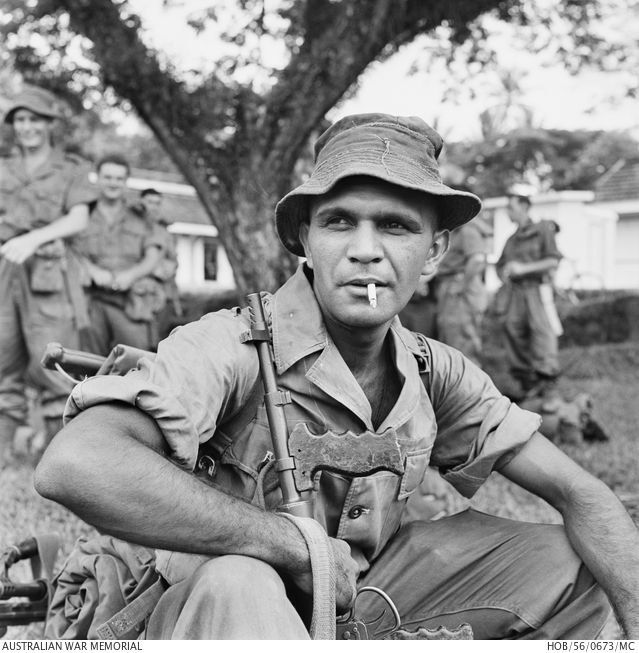 1/900179 Private (Pte) Don Pickering an Aboriginal serviceman, 22, of Gayndah, Qld, 9 Platoon, C Company, 2nd Battalion, The Royal Australian Regiment (2RAR), quietly smokes a cigarette and holds his Owen gun as he waits for a RAF helicopter lift, that will take him into the jungle of Perak for the start of a 14 day patrol against Communist terrorists. Prior to joining the army Pte Pickering was a station hand and has now been with 2RAR for four and a half years. He is married with two children and his family live in the newly constructed soldiers quarters on the island of Penang. Pte Pickering was later wounded in action while serving in Malaya.