The Bitapaka road. The first objective of the New Guinea expedition was the German wireless ... 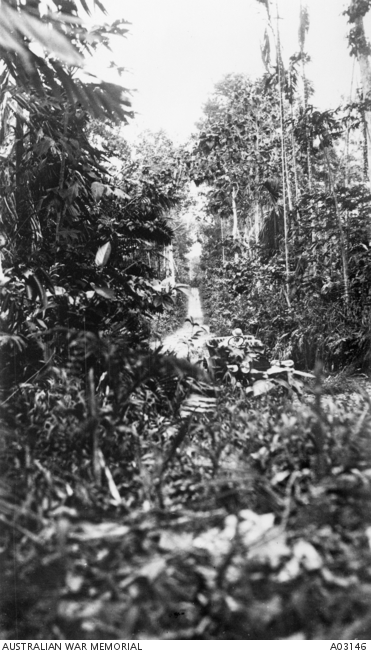 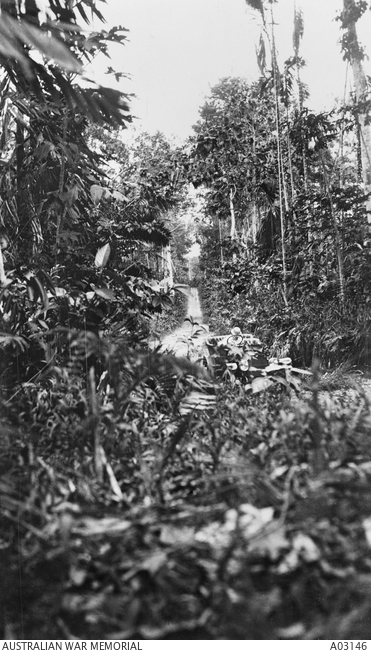 The Bitapaka road. The first objective of the New Guinea expedition was the German wireless station at Bitapaka, a few miles inland from Blanche Bay, which at the outbreak of war was still in the course of construction, but was hurriedly finished and ready for use. When the Australians entered Blanche Bay, landing parties were at once despatched to seize the station. The road to the wireless station (shown in photograph) was entrenched by the Germans and held with native levies, a brush occurred between these and the naval brigade, in which two Australian officers and four men were killed while fighting, the first Australians to be killed in action in the First World War. When the wireless station, which the Germans had deserted, was occupied, it was found that the mast had been destroyed.