Outdoors group portrait of officers of the 10th Australian Field Ambulance. Identified in the ... 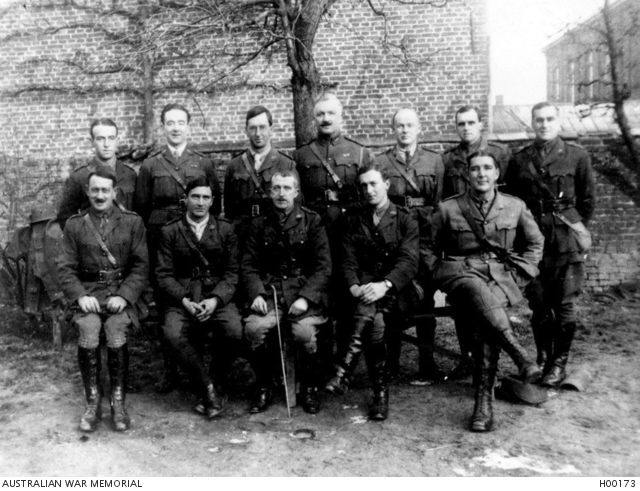