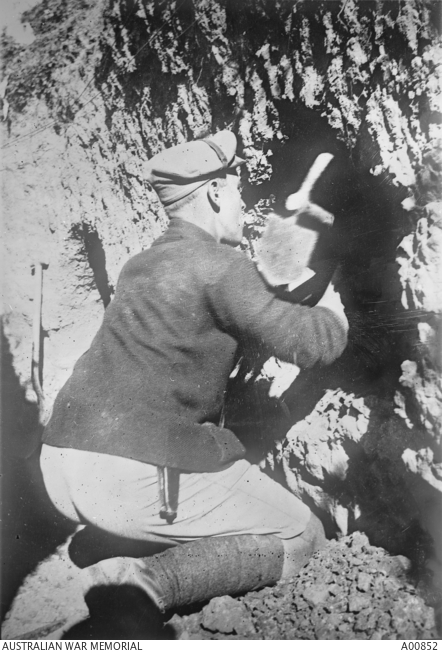 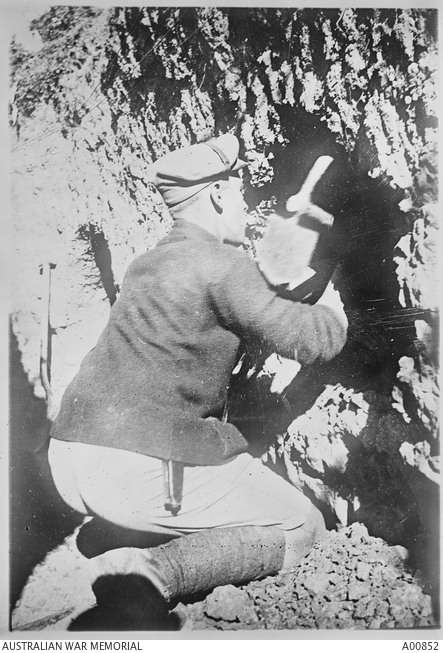 Informal photograph of 452 Sergeant (Sgt) Harold Clifton Rodda, 22nd Battalion, kneeling on the ground, digging himself a dugout in the side of a trench. A completed dugout can be seen to the left. An accountant from Hawthorn, Vic prior to enlistment, Sgt Rodda embarked with B Company from Melbourne on HMAT Ulysses on 10 May 1915. Whilst serving at Gallipoli, he was Mentioned in Despatches. Later promoted to Second Lieutenant and then to Acting Captain, he was awarded the Military Cross "for conspicuous gallantry and devotion to duty. When held up by a hostile blockhouse he organised a party, rushed and bombed it. He then entered the blockhouse with a few men, and, after killing six of the enemy, captured fifteen prisoners and two machine guns." Subsequently Mentioned in Despatches for a second time, he returned to Australia on 19 February 1919.