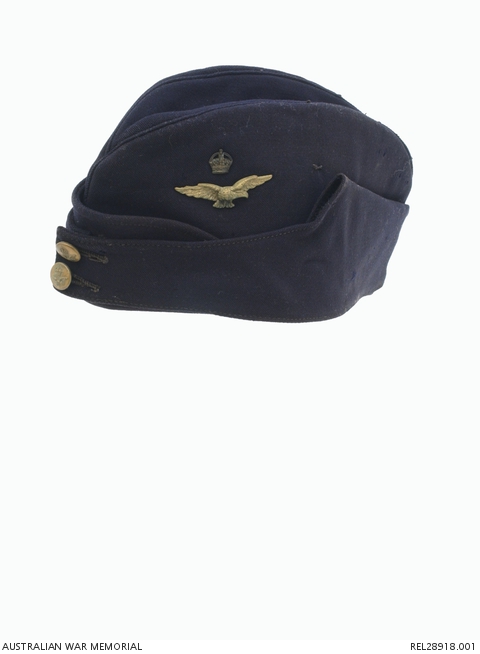 RAAF forage cap with two brass RAAF buttons at the front. A brass RAAF officer's eagle and crown insignia is attached to the front left hand side by a one piece screw back fastening. The faint markings of the owner's name can be seen on the inside hat band.

Worn by 6255 Flight Lieutenant William F Williams who joined the Royal Australian Air Force on 20 November 1939 as a Fitter 2E. Williams served at Milne Bay with 75 Squadron, RAAF before being remustered as Aircrew in September 1942. Williams served with 97 Squadron RAF based at Coningsby in the United Kingdom until January 1946. Williams' last operation was crewing Lancaster ND 746 OF-N on the night of 17/18 April 1945.