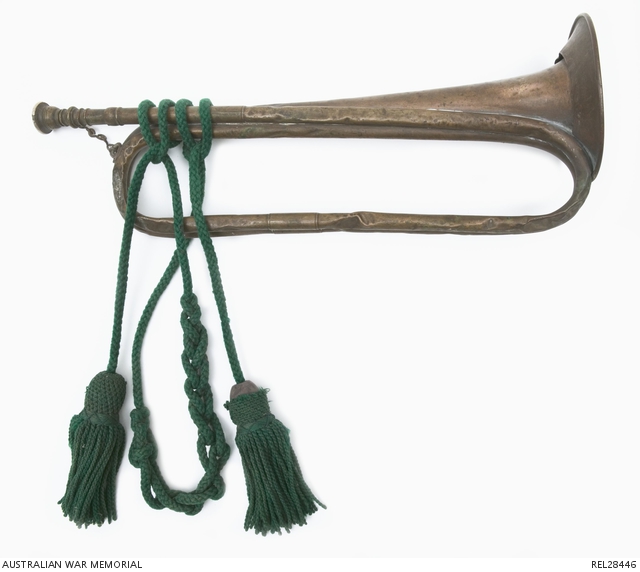 Brass bugle with green woollen tasselled cords and nickel plated mouthpiece. The maker's markings, '(Broad arrow) 59 BOOSEY & CO LONDON 1900', are impressed into the top of the bell. The following markings have been scratched into the bell: 'IX NZMR TRUMPETER Wm Mikkelson'. Below this is a crudely scratched representation of the Boer coat of arms and the words, 'BOER WAR'. Around the edge of the bell are scratched the words, 'NATAL TRANSVALL [sic] ORANGE R.C.'

Bugle carried by 7075 Private William Mikkelson during his service with the Ninth Contingent of the New Zealand Mounted Rifles, in South Africa in 1902. The Ninth Contingent was raised in early 1902 and the North Island Regiment, of which Mikkelson was a part, sailed on 20 March. They arrived at Durban on 28 April, but saw no action, and returned to New Zealand in July of the same year.