A trench at Lone Pine after the battle, showing Australian and Turkish dead on the parapet. In ... 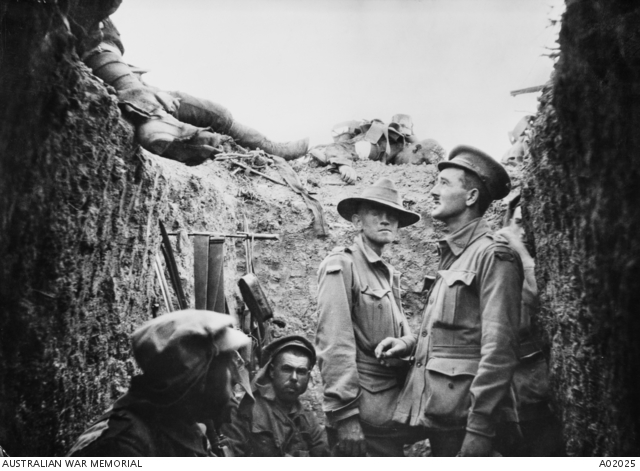 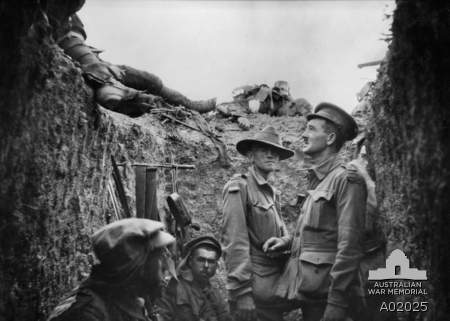 A trench at Lone Pine after the battle, showing Australian and Turkish dead on the parapet. In the foreground of this much published image is Captain Leslie Morshead (later Lieutenant General Sir Leslie Morshead) of the 2nd Battalion and on his right (standing facing camera), is 527 Private James (Jim) Brown Bryant, 8th Battalion, of Stawell, Vic. As a 60th Battalion ("daughter" or "pup" battalion of the 8th) Company Quartermaster Sergeant (CQMS) Bryant was awarded the Military Medal (MM) in 1918. He enlisted in the Second AIF as VX55299 Lieutenant J B Bryant, and survived three years as a prisoner of the Japanese in Changi Prison, Singapore. Bryant lent his camera to an unknown friend who took AWM image A03869, an equally famous image of the Gallipoli trenches. Later in life he was one of the few Gallipoli veterans to undertake a private pilgrimage to Anzac Cove. Private Bryant was previously identified as Private Angus Sutherland Allen, later (Captain Angus Sutherland Allen MC), who was killed in action on 21 July 1918 in France. Note the prominent white over red 8th Battalion colour patch worn on Bryant's right shoulder.