The graves of 13 Australian soldiers from the 10th Battalion who, unless stated otherwise, were ... 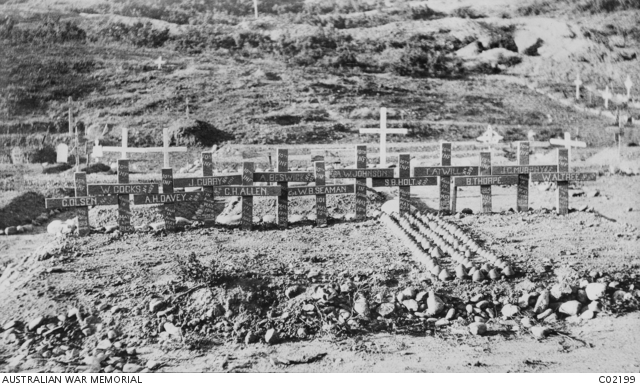