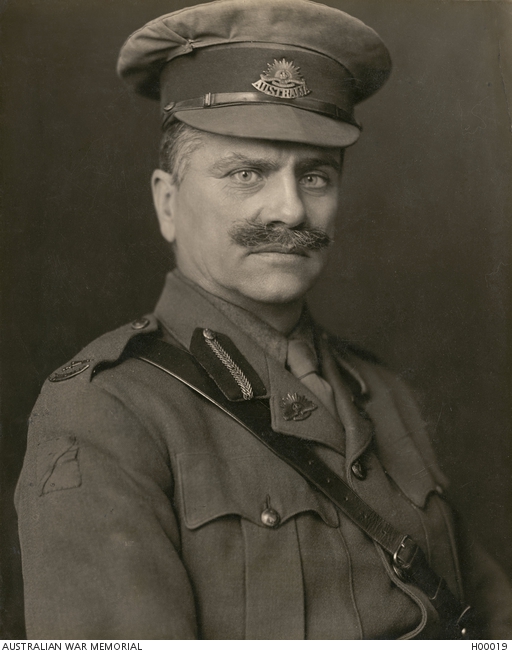 Portrait of Brigadier General Sir Robert Murray McCheyne Anderson KCMG, a Sydney businessman of high capacity, who was appointed to the post of Deputy Quartermaster General, AIF Forces based in Egypt in 1915. He later moved to England to the post of Commandant, Administrative Headquarters AIF. As part of his duties, Col Anderson engaged in financial negotiations with the British War Office and after the successful completion of this work he received promotion to the rank of Brigadier General and a knighthood before returning to Australia.