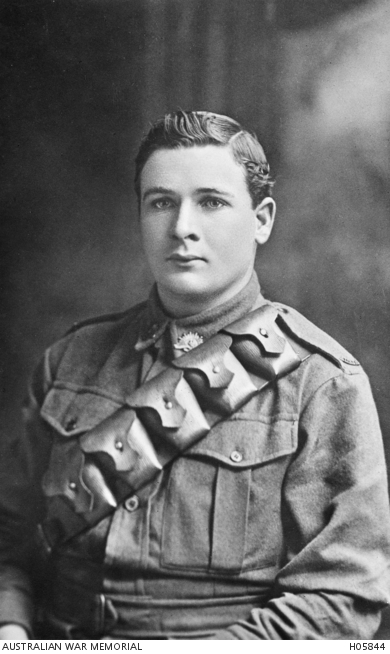 Studio portrait of 24398 Shoeing Smith Charles Cyril Barblett, 7th Brigade, Australian Field Artillery from Subiaco, Western Australia. A 20 year old machinist/ironmonger prior to enlisting on 10 January 1916, he embarked for overseas with No 1 Section, 3rd Divisional Ammunition Column from Melbourne on 27 June 1916 aboard HMAT Barambah. He served with the 7th Brigade in France and then in Belgium where he was killed in action at Passchendaele on 11 September 1917. Pte Barblett is buried in the Huts Cemetery, Belgium.