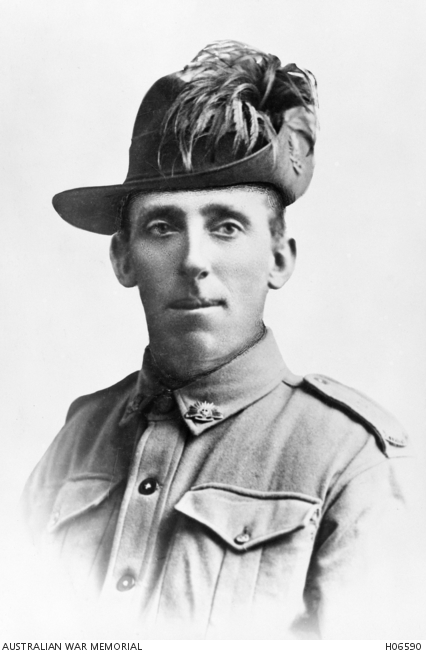 Studio portrait of 709 Trooper (Tpr) Edgar Vernon Brady, 10th Australian Light Horse Regiment. A plumber from Victoria Park, Western Australia, prior to enlistment on 4 January 1915, he was one of five brothers who enlisted in World War One. He embarked from Fremantle aboard HMAT Itonus on 19 February 1915 for Egypt. The regiment embarked from Alexandria on 16 May 1915 for Gallipoli. Tpr Brady was killed in action at Walkers Ridge, Gallipoli, on 7 August 1915. He was aged 32 years. His brother, Lance Corporal Ernest Wood Brady, died of wounds received in action at Dernancourt, France, on 3 March 1917.