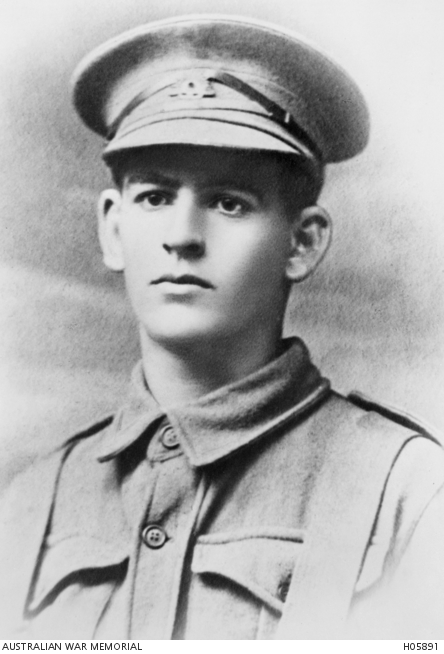 Portrait of 3519 Private (Pte) Harry Wallace Brokenshire, 30th Battalion (and later 56th Battalion) from Bishops Bridge, NSW. An 18 year old labourer prior to enlisting on 9 September 1915, he embarked for overseas with the 8th Reinforcements of the 30th Battalion from Sydney aboard HMAT Ballarat (A70) on 5 August 1916. After disembarking in England, he then proceeded to France in November 1916 and joined the 56th Battalion on the Western Front. He was taken ill in January 1917 and evacuated to England for medical treatment and recuperation for the next seven months. After rejoining the 56th Battalion on 4 August, he was then killed in action at Polygon Wood, Belgium on 26 September 1917 and is buried in the Aeroplane Cemetery, Ypres, Belgium. Two brothers of Pte Brokenshire also served: 3116 Pte Samuel John Brokenshire, 53rd Battalion and 4440 Pte Percy William Brokenshire, 4th Battalion. Both brothers returned to Australia.