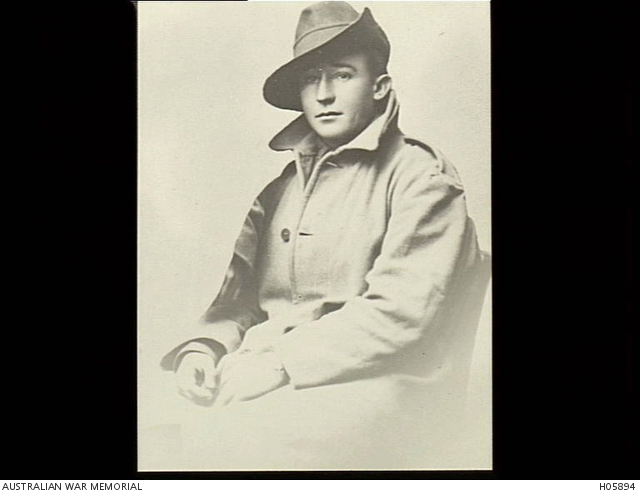 Studio portrait of 6955 Private (Pte) Walter Edwin Byrne, 5th Battalion. A miner from Narromine, New South Wales, prior to enlistment on 11 September 1916, he embarked from Melbourne aboard HMAT Hororata on 23 November 1916 for Plymouth, England. After training in England he joined his battalion on the Western Front, France, on 12 May 1917. Pte Byrne was killed in action near Ypres, Belgium, on 20 September 1917. He was aged 22 years.