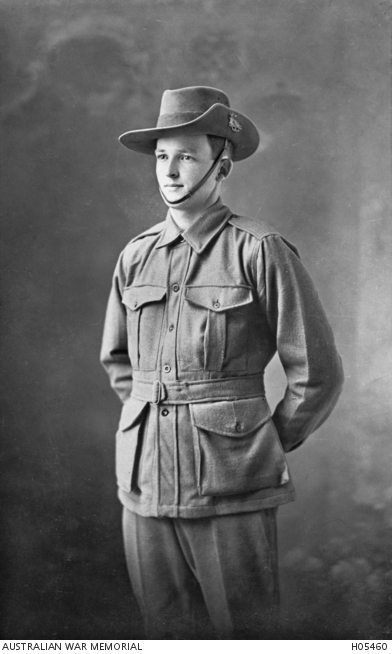 Studio portrait of 4688 Private Samuel Davey Chopping, 17th Battalion from Wollongong, NSW. A 21 year old school teacher prior to enlistment on 19 January 1916, he embarked for overseas with the 12th Reinforcements from Sydney on 13 April 1916 aboard HMAT Ceramic. After joining the 53rd Battalion in France in October 1916, he was promoted to Corporal on 13 August 1917 and to Lance Sergeant on 15 September 1917. He died on 25 September 1917 from wounds received at Glencorse Wood, Belgium and is buried in Tyne Cot Cemetery, Paschendaele, Belgium.