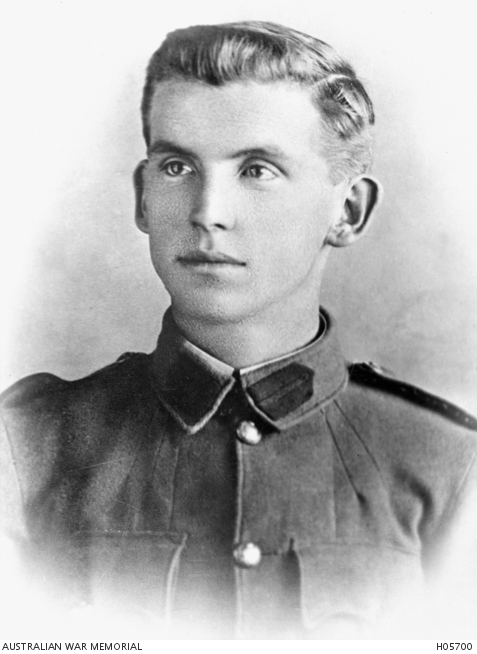 Studio portrait of 62 Sergeant (Sgt) Leslie Collins, 3rd Battalion from Ashfield, NSW wearing his Militia uniform. A 20 year old packer prior to enlisting in the AIF on 17 August 1914, he embarked for overseas with the Machine Gun Section from Sydney on 20 October 1914 aboard HMAT Euripides. Within five days after landing at Gallipoli, he had been wounded in action and evacuated back to Egypt for medical treatment. On recovering, he rejoined the battalion at Gallipoli on 25 July and was killed in action at Lone Pine between 7 and 12 August 1915. Sgt Collins is buried in the Beach Cemetery, Gallipoli, Turkey.