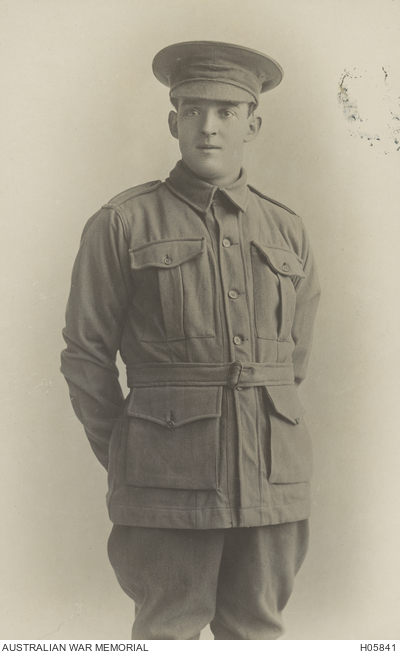 Studio portrait of 4474 Private (Pte) William Warren Daly, 8th Battalion, of Ballarat Vic. A labourer prior to enlistment, Pte Daly embarked with the 14th Reinforcements from Melbourne on HMAT Themistocles on 28th January 1916. After transferring to the 58th Battalion, on 22nd July 1916 he died of wounds received in action and was buried in the Bailleul Communal Cemetery Extension. His brother 4643 Pte James Fitzgibbon Daly who embarked with him was killed in action on19th July 1916.