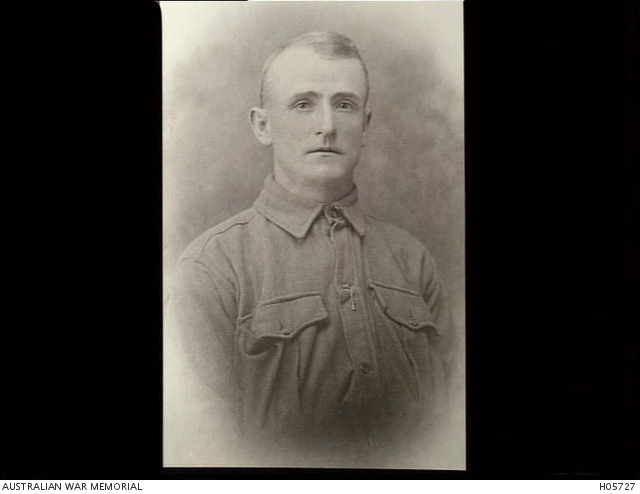 Studio portrait of 2205 Private (Pte) Jack Edwards, 7th Battalion. A brushmaker from Elwood, Vic prior to enlistment, Pte Edwards embarked from Melbourne with the 6th Reinforcements on HMAT Wandilla on 17 June 1915. After initially being declared as missing in action, a Board of Enquiry later established that he was killed in action on 8 August 1915 at Lone Pine, Gallipoli. He is commemorated on the Lone Pine Memorial.